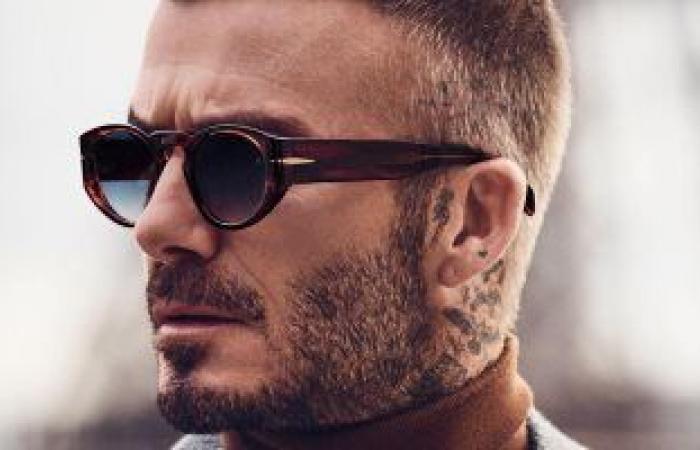 David Beckham is a “model” for his second of his fashion…

English football legend David Beckham takes advantage of his fame to promote his products that he offers through his own production lines, which are new sunglasses, where he published through his personal account on the Instagram site a short while ago a picture of him wearing his latest version to promote it.

Beckham turned to “Model” to promote the second edition of his sunglasses releases, in which he competes with his wife, fashion designer Victoria Beckham, in the fashion world, after his fame became widely known during the recent period.

Beckham shares his followers and fans through his various personal accounts from time to time, with a picture from his diary in which he appears constantly different.

The English star was keen to support and respect the difference between girls, including veiled women or brown-skinned women, with the celebrations of the International Day of the Girl last Sunday, and Beckham published his photo among a number of veiled girls through his account on the site “Instagram” and commented on it, saying: “Must That all girls, wherever they are in the world, have the opportunity to learn and realize their potential. Our girls deserve the same opportunities as our sons. Today, on International Girls ’Day, we celebrate girls all over the world who are working hard to make a positive change in their lives and societies.