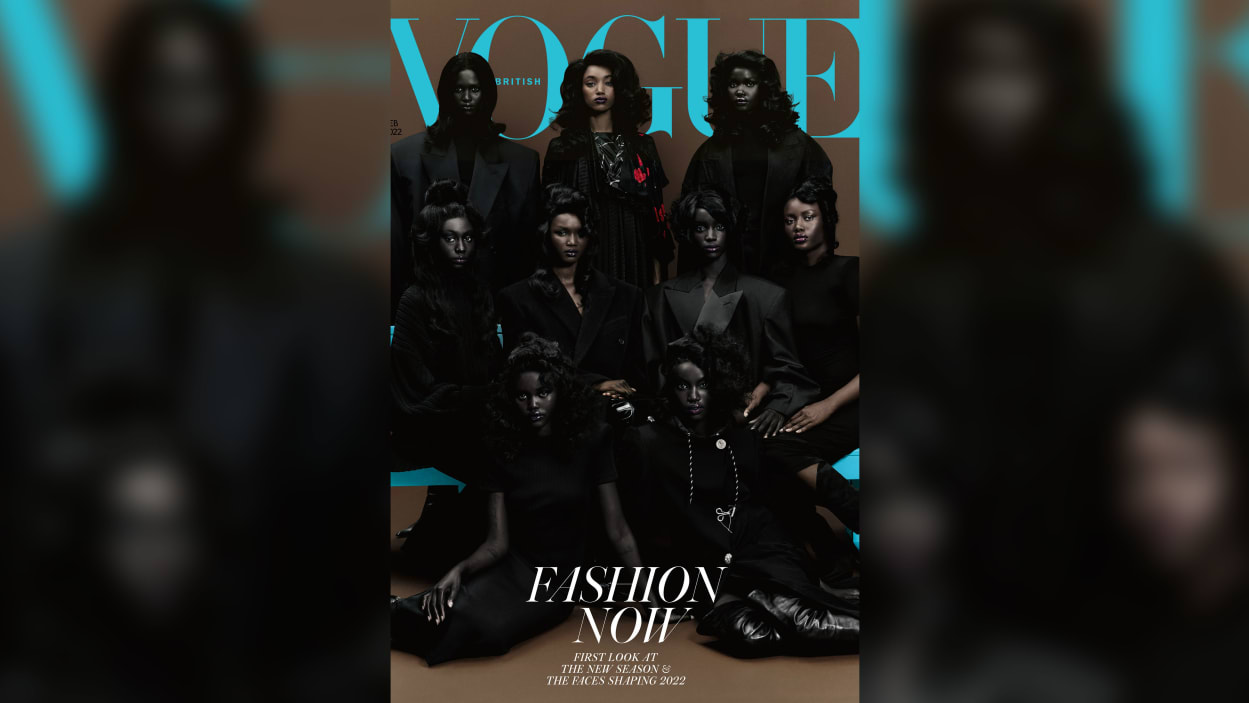 It is one of two cover photos released this month (a second cover image features one of the group, supermodel Adut Akech, posing alone) and, according to British Vogue’s British Ghanaian editor-in-chief Edward Enninful, the images aim to spotlight the rise of the African models shaping the industry.
However, my heart sank when I saw the picture of the models. I wanted to love it, but the image left me confused and raised questions about the execution of this important cover.
Why are the models depicted in a dark and ominous tableau, the lighting so obscure to the point they are almost indistinguishable on a cover meant to celebrate their individuality? Why were they dressed all in black, giving a funereal air, and an almost ghoulish, otherworldly appearance?
Why were they sporting strangely-coiffed wigs? Many of these women wear their natural hair normally and it would have been great to see that reflected on a cover celebrating African beauty. Additionally, on the cover, the models’ skin color appeared to be several shades darker than their normal skin tone.
The photographs were taken by Afro-Brazilian photographer Rafael Pavarotti, and the images — published in numerous glossy magazines over the years — are consistent with his visual style of presenting Black skin in an ultra-dark manner.
“This is a celebration of women, of matriarchy, and of the beauty of Black women,” Pavarotti said of his first British Vogue cover shoot in an article accompanying the pictures online.
“They are the past, the present, and the future,” he added.
But the lighting, styling, and makeup, which purposefully exaggerated the models’ already dark skin tones, reduced their distinguishing features and presented a homogenized look. Was this the best way to celebrate Black beauty? Would it not have been better to let their natural, unique beauty shine through?
Pavarotti did not respond to requests for comment and Enninful declined CNN’s request for an interview, while British Vogue has not responded publicly to the criticisms. A behind-the-scenes video of the shoot was released along with the cover images. Shot with more natural light, before the women are fully styled, the short clip reveals more individuality, and a variety of dark skin tones, in dramatic contrast to the final result.