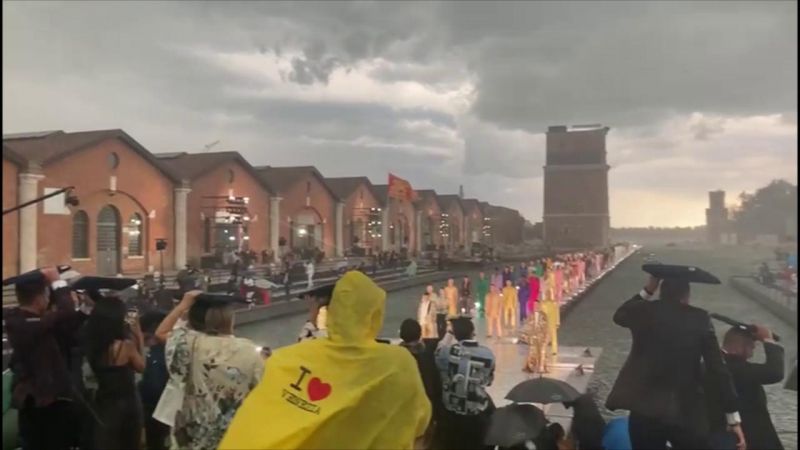 The Dolce & Gabbana fashion show in Venice gets hit by a violent hailstorm.

A violent hailstorm hit the Dolce & Gabbana fashion show at the Arsenale in Venice, where a mirror catwalk had been set up on the dock, an optical illusion that made the models appear to walk on water.

The fashion show was the finale of three days of events in the lagoon city. It was hit by a sudden storm that struck the catwalk shortly after 6 p.m. In addition to rain, hail arrived, yet the impressive fashion show came to an end with the applause of a few dozen guests who braved the bad weather until the end. Most of the 350 customers and VIP guests at the show, however, found themselves as part of a stampede in search of shelter in the nearby Arsenale sheds.﻿﻿